I am a Sydney based artist and the creator of the fictional cartoon-character known as Gertrude. As “a somewhat middle-aged gal”, she is trying to “figure it all out”: and HER way. Gertrude is my alter-ego and is modelled after my own disasters in my kitchen, my reluctance of following recipes, and yet my fascination with the world of food! With a tendency to day-dream and procrastinate, and fearing her kitchen is really out to get her, Gertrude secretly hopes to one day become a contestant on the TV-show MasterChef!

I used Copic Multiliner pens and markers, archival Staedtler Pigment Liners, ink and gouache to give Gertrude form and dimension. The first ink drawings of Gertrude were penned in 2015 and are these days posted regularly on social media. Created for an age-less audience, she is an interactive cartoon figure, and followers frequently have conversations with her and “cheer her on”. My aim is to one day successfully license Gertrude, and to have her appear regularly nationally and internationally in magazines and newspapers. 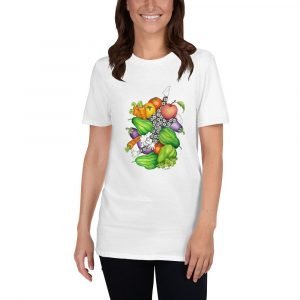 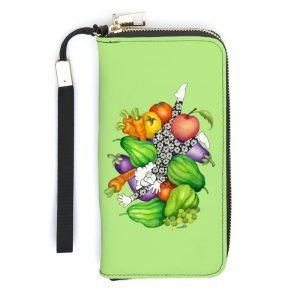